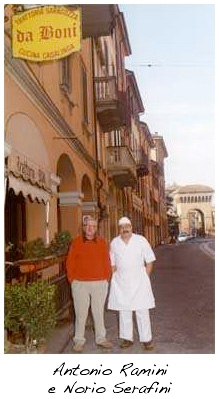 The running of the dairy shop lasted until 1961, when the then 22 years old son Antonio, that was also working for a food business, learnt that the owner of the Trattoria Atti in via Saragozza 88 was thinking of closing his shop: the Boni family decided then to take over the trattoria, and was then brought by Irma Boni (she still remembers all the bank drafts she had to pay for it!).Ê The kitchen was staffed by Irma, Alice Atti (the previous owner's wife), the cook Iole Righi and the daughter Agnese, (Agnese at this time got married Norio Serafini, a cheese salesman). Waiters was Antonio, Fernanda Console (later to become his wife) and, at the till, the son in law Norio plus other employees.

It was a traditional and cheap bolognese trattoria , popular with labourers, office workers, university teachers and students from the near Industrial Chemistry and Engineering University of Bologna. The customers have contributed to make this little restaurant world-famous. 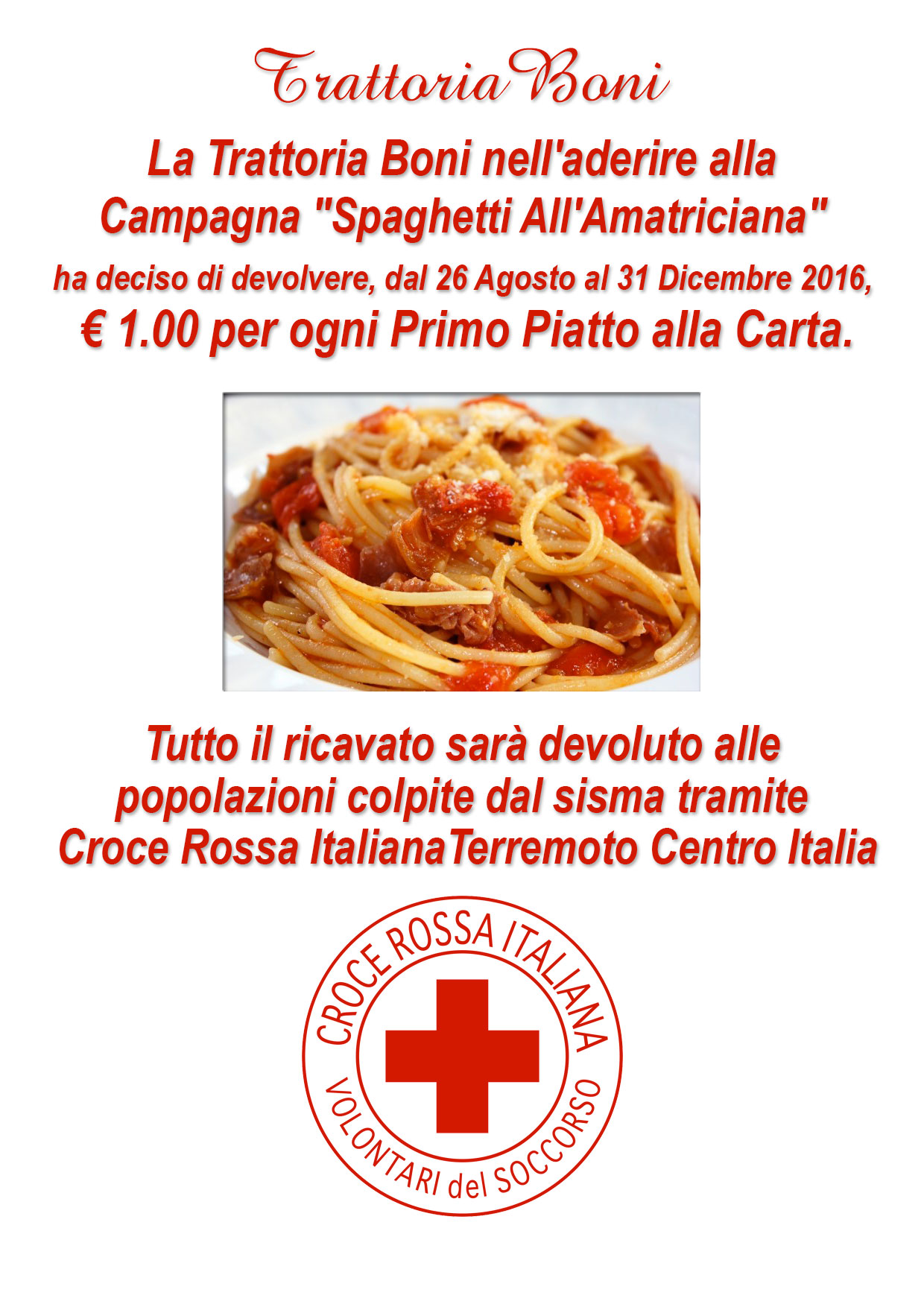